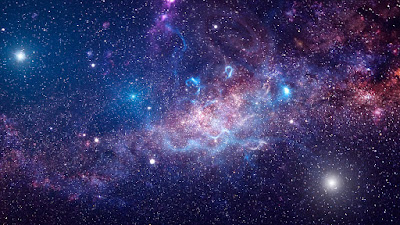 A team of international astronomers led by scientists at IUCAA (Inter University for Astronomy and Astrophysics) discovered a galaxy which is located 9.8 billion years located away from earth.

The Astronomers were from Switzerland, India, Japan, Netherlands and Us used Astrosat satellite which India’s first dedicated multi-wavelength telescope and it was launched on PSLV-XL on 28th September, and it was used to detect light emanating from the galaxy which is a part of AUDFs01- galaxies.

The discovery was led by Professor Dr.Kanak Saha and associate professor at IUCAA and the paper has been published on Monday by Nature Astronomy.

While the galaxy was discovered back in 2016 and it the observation lasted 28 hours but it took almost 2 years to diligently analyze and study the complete data of the Galaxy they had detected.

In a statement issued by IUCAA explained that after the Big Bang, the Universe was a hot soup of particles (i.e., protons, neutrons, and electrons). As the universe began to cool, the protons and neutrons began combining into ionized atoms of hydrogen (and eventually some helium). These ionized atoms of hydrogen and helium attracted electrons, turning them into neutral atoms — which allowed light to travel freely for the primary time, since this light was no longer scattering off free electrons. The universe was no longer opaque. But there were no stars, and no galaxies, and therefore the Universe was dark.

A while after this, maybe a few hundred million years after the Big Bang, the dark ages ended when the first stars and galaxies formed and the energy pouring out from them ionized the hydrogen and helium, splitting the atoms back again in protons and electrons, — this is the epoch of reionization.