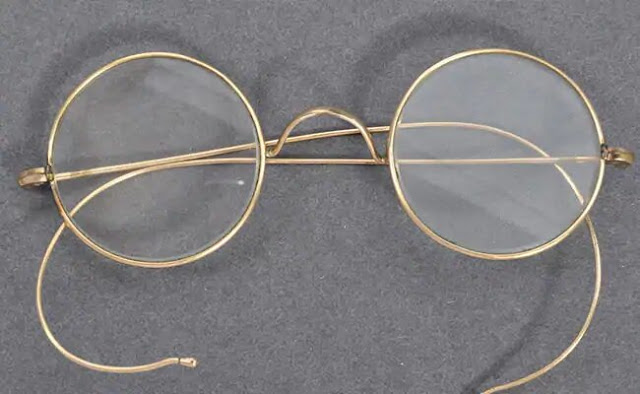 A pair of gold-rimmed spectacles said to be worn by Mahatma Gandhi were sold at East Bristol Auctions for £2,60,000(over 2.5crore rupees).

The Auction staff said that that they received the glasses in their letterbox by the man who claimed that it was originally gifted to his uncle by Gandhi himself.

They sold the iconic spectacles to an American collector within 6 minutes of bidding the Auction. The spectacles were passed from generation to generation within the seller’s family after his uncle received it as a gift in the 1920s in South Africa when his uncle was working in with British Petroleum, BBC reported. Gandhiji was known for gifting his items to people in need or who helped them in some way.

The auction has estimated that the glass would sell about £15000 but it finally sold out 20 times the original estimated price which marked Auction’s biggest sale ever they had done in history.