By Patricks Blog September 11, 2020
Existing Wildlife on the Earth Facing Soaring Threat Due To Decrease in Population By 68% Since 1970 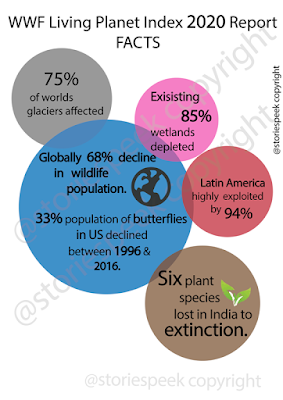 The WWF (World Wildlife Fund} Living Planet 2020 has released a report on Wednesday, founded that the world's wildlife inhabitants have been shrunk by 68% between the years 1970- 2016. The report also included that 75%of the world’s glaciers have been massively affected and 85% of the existing wetlands on the earth have been depleted.

The activities which have hugely contributed to the ecosystem loss in the past several decades are increased agriculture, mega constructions, urbanization, depletion of forests for various products, trophy hunting’s taking place, land degradation and a massive part of the ocean has been overfished.
While the tropical sub-regions Latin America has been highly exploited by 94%(highest in the world than any other country) according to the Living Planet Index 2020. 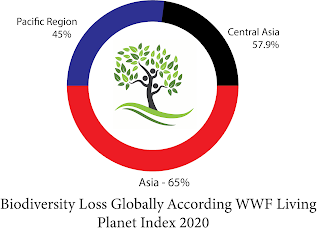 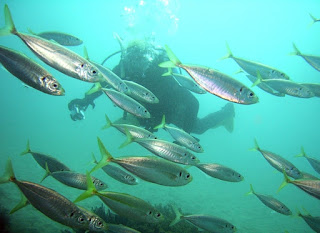 The report also states that freshwater biodiversity has been massively impacted as is plummeting at a rapid rate than the forests.

Humans have altered biodiversity in a very stringent way that its unimaginable; that these things have devastatingly led to 1 million species (500,000 animals and plants and 500,000 insects) being threatened with extinction and humans have driven away 680 taxonomic groups to extinction since 1500.
In Ohio, US the butterflies are declining at a rate of 2% per year with a 33% reduction in numbers between 1996 and 2016.
While of the extinction risk of the world’s swallowtails – large, colorful butterflies in the Papilionidae family– has so far shown that ~14% of the 36 birdwing butterfly species, which are considered the largest butterflies in the world are at a great threat.

These things are taking place because taking place because in the last 2000 years our world has been transformed by an explosion in global trade, consumption, and human population growth, as well as an enormous move towards urbanization, leading to deforestation, harming the wildlife, exploitation and over the use of resources, and poaching.
Today we need to expect the reality that our economies are entrenched within nature, and only by reorganizing and reacting on this reality, we can take further steps to protect and enhance the ecosystem because it’s now or never. It’s time to act so in over the coming decades to centuries, many of these extinctions would be preventable if we conserve and restore nature.

Let’s have a look towards the impact on India

India currently has with rich forest cover of 21.9% has a tree cover of 95,025 sq kms with over 45000 plant species. But during the British rule timber, sal and other trees  wood were used on a large scale to make wooden planks for the railway track across the country. 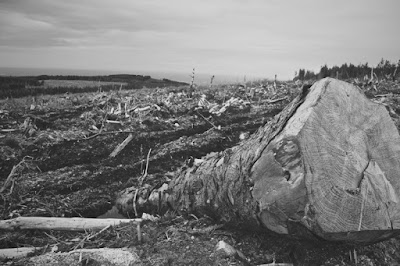 By the 1879 there was 8000 kms of railway line which later on increased to 50000 kilometers in 1910.Most of the wood came from the Himalaya and the region and the Terai region. As the demand for the food grew most of the land came under agriculture and there was overwhelming deforestation. After Independence soon began the industrialization phase and non forestry activities started taking place such as building dams, mining, including defence projects, roads etc and India started to lose 1000’s of hectares of forest.
Currently WWF India's report has initiated that India has lost a 1/3 of the total  forest due to urbanization, industrilsation and due to agriculture and in the last 50 years the  top soil is declining and it has already lost 40% natural organic due extensive of chemical fertilizers and according to IUCN six plant species have already become extinct.

As a result the it is the time act to save the remaining from threat, exploitation and invasion so their population keeps on increasing. We need to plant more and more trees to increase the green and eradication soil run off.