Treasure found at Venezuelan shore, man turns out to be blessed 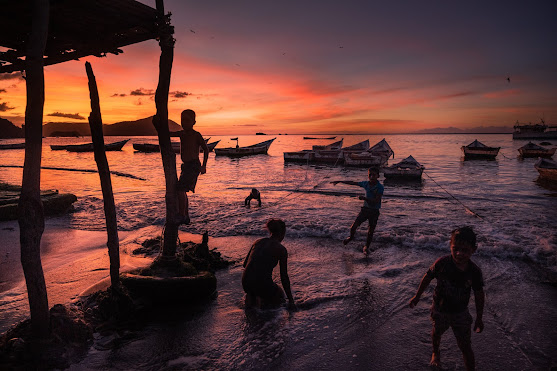 It was going to be an astonishing joyful moment for the Fishermen’s living at Guaca’s coast at Venezuelan shore as the morning began with astonishing thing as no one expected that they would something rare.

A fishermen named Yolman Lares was walking back to the house and he suddenly saw unbelievable and couldn’t believe it. Swaying his hand in the sand he picked up the gold chain. His body began to shiver and he started to cry in joy as it became great day for him. But as soon as the word spread throughout the village 2000 people gathered around the beach to find out the precious jewelry and stones and even the fishermen’s sleeping on the boat woke up in hurry. Everyone began to dig the soil as they could also become lucky.

In the September month many villagers have also found gold, rings, silver ornament and precious stones and many had sold the discoveries at a price of $1500.

"Could a stormed had destroyed the pirates treasure? or Its someone's lost treasure washed away to the shore"

Some people believe that god has done this all, as this a blessing for them and no one knows how these precious thing had been widespread here. While the mystery had been emerged with the folklore, and many think that these had come from the Caribbean Pirates.

A chemical test done the gold chain indicated that it had been manufactured in Europe in the recent decade.

So finally we had to come to know that the gold chain found on the beach  belonged to someone who had lost it.