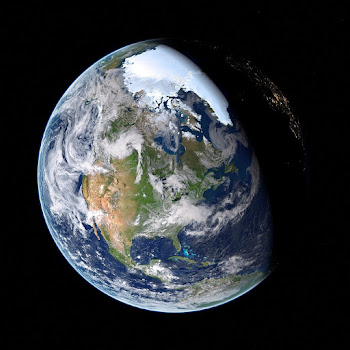 Earth: The earth is spinning faster than its usual speed

Currently our earth is spinning faster than ever for the first time in the last 5 decades, the scientists discovered and it may lead to negative leap second added to this year.

The rotation of the earth is affected by several factors which include a dynamic climate, flowing molten core and atmospheric pressure.

It’s going to be 0.05 milliseconds shorter than 86400 seconds which constitutes to 24-hour period of a day said Graham Jones (astrophysicist and science communicator).

While the last time the shortest recorded day by millisecond was in the year 1937.

So if the earth continues to foster its spin wall clocks would need to skip a second in order to match the mass of the earth’s space.

But in our practical daily live the millisec. have no importance but in astronomy computer networks and navigation the negative leaps second is most highly important to carry out the calculations and to avoid any errors.

The scientists at International Earth Rotation and Reference Systems Service (IERS) can track the precise moment by keeping an eye as the star diminishes in the sky at a certain location on each day.